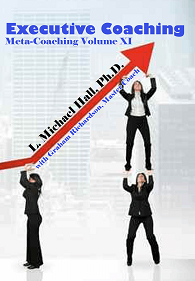 Executive Coaching is unique as a coaching speciality and niche in that it targets a specific form of leadership—the visionary and managerial leaders of business.  The people who operate at the executive levels in organizations and corporations face very unique challenges—a politicalize environment where it is often difficult to get accurate facts about what’s really happening.  Where it’s difficult to find someone to talk through one’s own thoughts because everyone else in the organization have political agendas.  It is into this arena that the Executive Coach enters.

What characterizes life in the C-Suite?  Stress, lots of it.  Demands from those above and below.  Questions about meaningfulness.  Questions about work–life balance.  Time-pressures.  Here the Executive Coach enters to make a transformative difference.  To do that effectively, while an Executive Coach doesn’t have to have been an executive, he or she does need to know the challenges in the C-suite and how to have a ruthlessly compassionate conversation about the challenges there.

In this, the newest volume in the Meta-Coaching series, Executive Coaching examines the challenges of executives in detail in eight chapters: Psychological Well-Being, Direction, Feedback, Change, Leadership, Politics, Culture, and Derailment.  These primary challenges of modern organization are detailed by research as well as by the personal comments from Master Coach, Graham Richardson, who pioneered the idea in Meta-Coaching of the art of ruthless compassion.