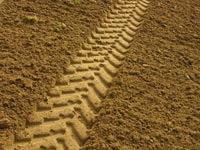 Early in the study of NLP you learn to recognize and appreciate the value of what’s described as “going meta.” This term “meta” was derived from Bateson and his associate researchers. It essentially refers to stepping back to take a larger perspective and conceptually moving to a place above and beyond an immediate message or context so that one can think about it more clearly.

And, as a meta-domain itself, NLP is full of processes for “going meta.” From Time-Lines to Beliefs, to Trance language, the most impactful interventions involves a “going meta” process. The meta-function is that important.

It also plays a key role in another uniquely NLP phrase, namely, “running an ecology check.” In NLP Practitioner training, when we learn to “run an ecology check” on our thoughts, emotions, behaviors, communications, etc., we learn to step back from our thinking, feeling, acting, relating, etc., and to check on the experience. We check on ecology in terms of–

We “run an ecology check” to avoid repeating what does not work. Quoting the famous Einstein’s quip, the originators of the pattern suggest that from a system’s point of view, if we keep doing what doesn’t work all the while hoping for different results, we have just accessed a form of insanity. So in NLP, the ecology check operates as a first step toward sanity. This check also moves us wonderfully toward becoming more effective and more empowered in “running our own brain.”

“Does this thought, belief, value, attitude, emotion, behavior, or way of communicating serve me well?”
“Does it enhance my life?”
“Does it move me forward toward my desired outcomes?”
“Does it limit me in any way?”
“Does it empower or disempower?”
“What effect does it have upon my relations with others?”

These evaluations and questions about our state occur from a higher state, a state of interest, curiosity, mindfulness, observation, etc. We move there (in our mind) in order to check the ecology of a certain piece of consciousness or behavior in relation to our health, career, relationships, family, culture, etc.

Now many do not know that all of this highly corresponds with the first and original “neuro-linguistic training” that Alfred Korzybski conducted in the 1940s. As the first person to coin the term “neuro-linguistic” and “neuro-semantic” he founded the General Semantics movement. That was before the term “meta” had been developed, so he described and labeled these processes in a different way.

From this the Meta-States Model integrates into NLP some new and expansive ideas about states of consciousness using the insights of Korzybski (1933/1994) and Gregory Bateson (1972, 1979) about logical levels. In this way, Meta-States offers a new domain of techniques and skills and specifies how the states-about-states processes work in the mind-body system. This means that Meta-States involves systemic thinking to a much greater degree than what has been characteristic in NLP.

It also allows us to look again at many of the meta-level phenomena and processes that NLP has developed and see them as actually meta-states and meta-state processes. This provides a new way of thinking about NLP process like the ecology check, the V-K dissociation pattern, Time-Lines, etc.

For example, to “run an ecology check” on our thinking, believing, valuing, emoting, behaving, or communicating, we first have to move (conceptually) to a position meta to the thought, belief, etc. and to then evaluate that evaluation. We make the meta-move and then meta-evaluate. And since any thought-and-emotion that we represent vividly, dramatically, and intensely enough effects our neurology, it inevitably induces us into a state. In this case, it evokes a state of evaluation about the way we have made evaluations (beliefs, values, emotions, etc.). This describes not a primary state about something in the world beyond our skin, but a state about another state.

The meta-state of evaluation about evaluation (e.g., the “ecology check” state) moves us to a place where we can develop meta-evaluation skills. Is this important? Korzybski thought so. In fact, he thought of this as the central mechanism of sanity and described it as such in Science and Sanity. Only when can we move to the place where we can question the abstractions that we use as our model of the world and maintain awareness that “the map does not exist as the territory” can we truly stay sane. After all, map and territory exist on two different logical levels.

Structurally, meta-states differ from primary states because they take into account meta-levels of abstracting. This is what makes them more complex, layered, and complicated. It makes them less driven by the sensory modalities and more by the higher modalities. Why is this so? Because meta-states need the meta-representational system of language to move us to a higher logical level to abstract about the previous level. This also explains the awesome power of both NLP’s Meta-Model of language that allows us to de-construct (or unglue) non-productive meta-states (language abstractions that falsely, erroneously, inaccurately, or unenhancingly construct “realities”), and the Milton Model of hypnotic language for constructing (gluing together) empowering meta-states.

This means that when we engage in strategy analysis work with states that involve meta-levels (modeling using meta-levels), we need to incorporate not only the horizontal and linear structural analysis of traditional NLP strategies, but also the meta-state structures when the brain goes to meta-levels to access states-about-states.

What’s the bottom line in all of this? To the extent that you have learned and used “the ecology check” in working with your states of mind-body, in tracking down strategies as you have modeled excellence, and in running the various NLP technologies– you have already been meta-stating yourself into the sanity-check state itself (evaluation-of-evaluation).

As you now think about this meta-state, let me use it as a prototype of meta-states. Because as you sit there reading this, you can notice your state, can you not? Now… as you do, you also consider what label you would put upon your current state. What would you call it? Would you call it a learning state? Perhaps a state of curiosity? Interest? Boredom? And as you observe your state, you can notice how your current thoughts about your state can swish your brain in such ways that it may alter or transform or affect your state. Now evaluate your state. Useful/ unuseful? Limiting/ Enhancing? Productive/ unproductive? Intense/ weak?

If you followed along through that experiential accessing of a state-about-a-state, then simply notice what emotions you experience when you created that meta-state for yourself? Where in your body did you experience any kinesthetic awareness of that meta-state? What visual, auditory, olfactory or other sensory modalities occurred while in that state?

And doesn’t that make sense? We use the primary sensory-based modalities when we access and intensify a primary state and we use meta-representational modalities (words, slogans, poems, statements, questions, belief statements, symbols of art and math, etc.) when we think about our thinking-and-emoting.

It follows that if the sensory modalities do not primarily drive meta-states (although they can and do when the meta-state coalesces into the primary state), how then can we anchor meta-states? How can we condition these higher states so that we “go there” and use those higher levels of mind in response to a stimulus trigger?

We anchor these higher states primarily by connecting and linking them to words. Did you not first access the meta-state of evaluation-of-evaluation by using the words, “run an ecology check”?

This doesn’t mean “running an ecology check” cannot become a kinesthetic feeling. It can. We can take this concept and use the Mind-to-Muscle Pattern and get it into our very neurology. When we do that, then we’ll have muscle memory for it. And, of course, that really installs the concept!

Well, we can develop the same skills and fly into meta-levels. We can eventually “fly” into the meta-states because they have become so much a part of our thinking-emoting that our neurology creates a fast track to those higher levels. Then we can jump logical levels at a single bound! In the Meta-States model, we talk about this as developing a canopy of consciousness to indicate that the thinking-emoting of this neurological state now uses the constructs as perceptual filters. This gives us immediate and constant access to the meta-state. More recently we have begun describing this as the Matrix of our Frames that creates the fabric of our subjective reality.

What does that accomplish? Much!

Since meta-states describes the structure of our subjective experience and as one of the central ways that we actually see, perceive, and relate to reality, articulating this structure gives us more control over it. It enables us to understand that our meta-frames of reference, which we have incorporated at the meta-levels as our model of the world has arisen from our own meta-stating processes. We created it. And, of course, if it’s all constructed, then it can all be refined, updated, deconstructed, etc. We live out of our meta-states unconsciously because we just assume them as real. With the ecology check, we can now run a Quality Control process on our mind, on the higher levels of our mind. Now we can check out our meta-state constructions to make sure that they truly operate as empowering resources for us.