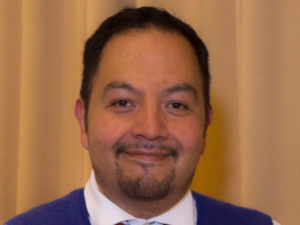 Adrián Estrada is a Meta Coach and NS trainer. He began his carrier in NLP in 2013 with his first certification, NLP Practitioner. He knew he would start a new life style and most importantly he knew he would start awakening consciousness, which is his mission in life. From that moment on, he kept on attending Neuro Semantics workshops and trainings such as Meta Coaching and the Self Actualization Diplomat. In 2015, he attended the Neuro Semantics Trainers Training and since then he has delivered a variety of workshops in Mexico and Costa Rica. Adrián carries out training from short workshops to NLP and NS trainings that can be certified at an international level.

In 2016, Adrián was trained as a Benchmarker by Emilia Coria and then again in 2017 by Iván Robles. He has been part of the Meta Coach System team as a Team Leader and Benchmarker in Mexico and the Dominican Republic.

Adrián has been a Professor for more than 25 years. He graduated from the School of Philosophy and Literature at the National Autonomous University of Mexico (UNAM). He has worked for different Universities and he has always been interested in the other´s wellbeing. Adrián enjoys teaching and delivering courses, workshops and trainings. He loves to work with individuals and organizations that require positive changes. He integrates Self-Actualization and NLP in his courses. He is now into Neuroscience especially into Neuro-education and Neuro- didactics.