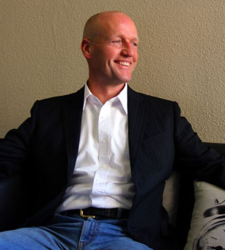 Trainings. He conducts training from short courses through to career development trainings

which he certifies at an international level.

Alan believes that if you’re going to do something, then be the best! It’s Alan’s pursuit of

Association of NLP; Alan considers his premium training as coming from the direct tutelage

for Self-Actualisation psychology. As a Trainer with the ISNS he graduated the top of his

class in 2007 and became a Master Trainer in 2014. He trains internationally and speaks at

In 2015 Alan published his first book; ‘How To Chill Out’, a book on stress management and

communication based on coaching and training he developed after the devastating

earthquakes that hit his home town of Christchurch New Zealand throughout 2010-2011.