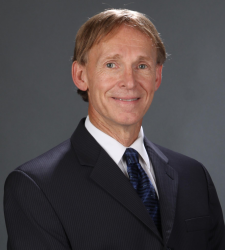 Michael Hall, Ph.D. is an entrepreneur who lives in the Rocky Mountains of Western Colorado.  For 20 years he conducted a private therapy practice and for 10 years an NLP Training Center.  He shifted to modeling expertise in the early 1990s and from that he creaed many NLP and Neuro-Semantic models including The Meta-States Model. Dr. Hall studied and worked with Bandler, writing several books for him and about NLP:  The Spirit of NLP (1996), Becoming More Ferocious as a Presenter,  Time For a Change, etc.

Dr. Hall’s doctorate is in Cognitive-Behavioral Psychology is from Union Institute University, Cincinnati Ohio.  His dissertation explored the languaging of four psychotherapies (NLP, RET, Reality Therapy, Logotherapy) using the formulations of General Semantics.  He addressed the Interdisciplinary International Conference (1995) presenting an integration of NLP and General Semantics.  His Masters degree was in Clinical Counseling and Psychology from Regis University in Denver Colorado and his Bachelors of Science was in Management of Human Resources.  Prior to that he took a Masters in Biblical Literature and Language.

As a prolific writer, Dr. Hall has written 58 books, another 30 serial books, over 100 published articles, and is recognized as a leading NLP Trainer and Developer.  Most notable of the models is the Meta-States Model, also The Matrix Model, Axes of Change, etc.   Michael co-founded, with Dr. Bob Bodenhamer, Neuro-Semantics® in 1996 as a field which focuses on meaning and performance.