Is Perception Projection or is it also partly Detection 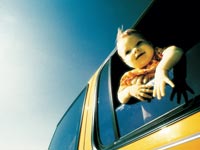 There’s a saying going around the world of NLP that asserts absolutely, “Perception is projection.”  But, is that accurate?  How accurate is it?  What part of it is not accurate?  What part of it is not useful?  I understand that it began with Tad James in NLP, but I don’t know that for sure.  Chris Howard recently quoted it as if it were an absolute statement and part of NLP.   Yet it seems to me to be a very problematic idea and one that can create some hurtful responses if not handled carefully.  Is perception just projection, is that all it is or could it also be partly detection?

We perceive things at multiple levels of awareness.  At the most basic level, there is neurological perception, the way we perceive sensory-based things.  This level of perception is based upon the functioning of our end-receptors (i.e., our eyes, ears, skin, nose, tongue and mouth, inner ear, etc.).  If there’s damage in the end-receptor, our ability to pick up information from the energy manifestations in the world will be affected, sometimes completely cut off so that we perceive nothing, or in limited ways, or in very distorted ways.

Here also there will always be some variation or difference between individuals in how we neurologically pick up visual, auditory, kinesthetic tactile, propreceptic, olfactory, and gustatory information.  What we register inside in terms of what we see depends on our neurological equipment.  Color is a good example.  Color as such does not exist “out there” in the world; it’s a function of the rod and cones in our eyes.  In this, we perceive color as our rods and cones map out the differences in the reflection or absorption of light in the electromagnetic spectrum.

Does this to prove that “perception is projection?”  It would if there was nothing “out there” to perceive, if there was no territory, no data to detect, no information to bring in, abstract, and process.  Yet there is.  How we specifically detect, bring in, process, abstract, and map out the territory of the electromagnetic field differs minimally between us and to a much greater extent between different species of animals, yet there is something “out there.”  In this, perception is only partly projection, it is also detection.

If we move up the levels of perception, we can move inside to “the theater of our mind” and notice what and how we represent things that we have neurologically picked up via our sense receptors and seemingly present them to ourselves again.  I say “seemingly” because there is no actual movie theater in the mind, no actual screen, no literal images, sounds, sensations, smells, tastes, etc.  It just seems that way.  This facsimile of the world that we re-present inside our “mind” (our mental processing) provides us the “languages of the mind” by which we can “run our own brain” and manage the signals that we send to our mind-body system.  It is in that way we induce ourselves into mind-body-emotion states.

Here also we differ to a greater degree than at the level of neurological perception.  What we remember to represent, what we paid attention to, in what sensory system we attended things, the quality of our inner images, sounds, sensations, etc. all of these things play a critical role in what we representationally perceive.  So we ask clients that we work with and experts that we model the representational question,

“If I were to peak into the theater of your mind and see and hear what you are seeing and hearing, what would I see and hear?  Tell me about that?”

This is the genius of the NLP communication model as noted by Bateson in his Preface to The Structure of Magic (1975).   By basing the foundation of the model on the sensory systems, NLP came up with the “languages of the mind” that we use to create our inner maps about the world “out there.”  Yet is perception just projection at this level?  Can we reproduce or make pictures, sounds, sensations, smells, and tastes in the movie of our mind similar to what a camera or tape recorder or other extra neural device would also pick up and detect?  And if a non-human cameras or electronic devices pick up and “perceive” as we do, then perception cannot be all projection.  Again, it is also partly detection—it is partly the ability of our sense receptors and representational encoding to pick up on what’s “out there.”

It is when we move to the meta-levels that we really begin to differ from one another.  Here our mental mapping constructs all kinds of multiple frames as we meta-state them into existence.  Here we use words and language to meta-state classifications and categories.  Here we invent schemes that invest higher level meanings into things.  Here we conceive and conceptualize in terms of more abstract ideas—hopes, dreams, visions, values, expectations, intentions, decisions, memories, imaginations, and dozens of other “logical levels” that we can create in our mind.

It is here that our perceptions are highly idiosyncratic and individual.  Here we invent our heavens and hells, here we rise up to new understandings and insights about things, here we construct the human symbol systems and symbolic meaning structures of science, art, aesthetics, purpose, destiny, etc.  Yet is all of this perception just projection, or is it possible that we can detect and pick up from each other, and from humans who lives thousands of years ago the ideas and dreams that they created?

Yes, even here it is not all projection, but partly detection as well.  We can read Aristotle and detect the conceptual ideas that excited him and that led him to construct many of the categories that we find still useful and valuable today.  Certainly our understanding of his understandings are influenced by a thousand other ideas, experiences, and things in our life history, but it is not all our projection, it is partly what we have detected from him.  We are a time-binding class of life today because we can read what he wrote in his manuscripts and bring those ideas into our neurology and experience them.

In psychology, and especially Freudian psychoanalysis, projection describes a defense mechanism.  It is what we project onto the world.  In gestalt psychology, projection was viewed as part of the way we see things; that’s because every gestalt is partly what’s out there and partly what we bring to the subject.  In the foreground and background images and tests of Gestalt psychology, early gestalt theorists and psychologists sought to understand what individuals brought to a subject by using vague and ambiguous objects.

That we project our ideas, maps, understandings, and mental movies onto the world of objects, people, and experiences is not in question.  Of course we do.  We cannot not do that.  In NLP and Neuro-Semantics we use this principle to more fully enter into a person’s unique “model of the world,” match and mirror what that person presents in order to enter into their Matrix of frames.  What they see, hear, feel, and what they understand, belief, value, intend, etc. reflects their models of the world, their Matrix.

Yet it is not solely or entirely all projection.  We all built our mental models from the events, experiences, and interactions that we encounter in life.  We build our matrix of frames from the things that others say and do.  The “world” does get in.  It doesn’t get in unfiltered.  We filter it, we detect it, pick it up, and we then create our facsimiles of it in the representational and conceptual maps that we create.

The all-or-nothing thinking of the over-simplified phrase “Perception is projection” fails to recognize the way we, as map-makers and movie-makers, actually construct maps from the territory.  It fails to recognize the interactive nature of our mapping with the territory.  The modeling mechanisms that Bandler and Grinder detailed in their first books speak about how we “left characteristics out” (delete data), generalize the information to create beliefs and higher level concepts, and alter or distort data as we build our maps.  All this comes from the billions upon billions of bits of information that’s “out there” and to which we respond.  Perception is partlydetection.

Being Ecological about Perception

Why is this important?  I have heard this “perception is projection” used hurtfully by some NLP trainers who use it to refuse feedback that they didn’t want to hear about themselves.  “Oh, that’s just your projections!  Perception is projection, you know!”  This shallow all-or-nothing thinking assumes  that the person offering his or her perception is nothing but projection, and that there’s no facts upon which some of it could be detection.

In the giving and receiving of feedback, which is a critical interpersonal skill in coaching, training, therapy, managing, parenting, and loving relationships, if it is all projection, then there is nothing that we can truly offer to one another as correctional feedback.  Then there would be no actual feedback.  Yet if it is partly projection and partly detection, then there can be feedback—accurate, useful, sensory-based, and important feedback.

As an aside, I recently heard about several NLP trainers who refused to even look at or take into hand the “feedback” forms given them by their sponsors at a training.  One dismissed such as, “I don’t need feedback.”

Further, if feedback as an interpersonal coaching and managing skill is an important skill, then the cleaner and clearer our perception, the more useful and valuable our feedback.  This means that we can actually work on our perceptions so that we learn to perceive more accurately and with less projection.  Is that possible?

Maslow thought so.   In fact, he describe this as one of the signs of the healthy self-actualizing person who operates not from deficiency-needs but from growth-needs.   He called for a perception that was not based on a need-interest, but a need-disinterest, a detached perception, a desireless perception that was willing and able to see things as they are without needing them to be one way or the other, a non-judgmental perception.  In this he describes self-actualizing people as have a “superior perception of reality.”

“Self-actualizing people are more able to perceive the world as if it were independent not only of them, but also of human beings in general.  This also tends to be true of the average human being in his highest moments, i.e., in his peak experiences.   He can then more readily look upon nature as if it were there in itself and for itself, and not simply as if it where a human playground put there for human purposes. …  B-cognizing seems to make the perception richer.” (pp. 76-77, Toward a Psychology of Being).

“Perception must be gentle, delicate, un-intruding, undemanding, able to fit itself passively to the nature of things…”  (p. 41)

Isn’t this what Fritz Perls was getting at when he said, “Lose your mind and come to your senses?”  If perception is not all projection but partly detection, and if we can “lose our meta-mind” so that we can come increasingly more into the moment, into the experience, then we can develop cleaner and clearer perception of what is.   And this offers us a powerful skill that makes for success as it enables us to use feedback for continual improvement, learning, and adjustments.

Author: L. Michael Hall is a psychologist, entrepreneur, runner, writer, researcher, modeler, and many other things who lives in the Rocky Mountains and travels.   www.neurosemantics.com P.O. Box 8, Clifton, CO. 81520.